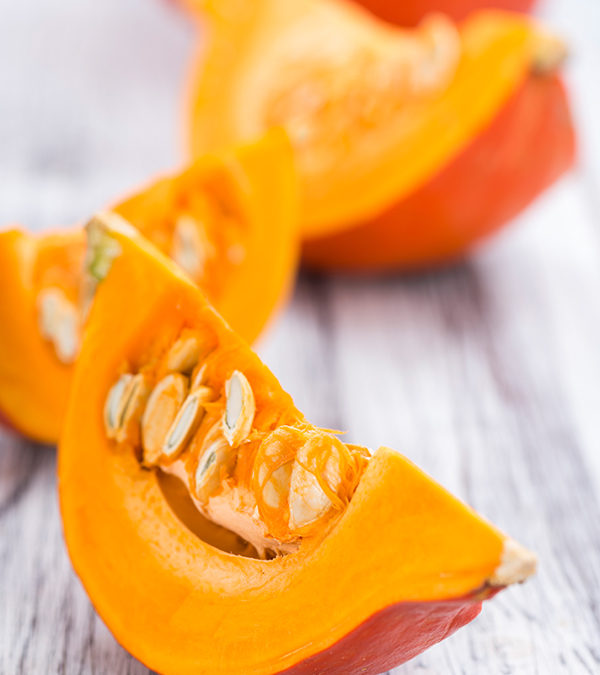 In 2000 my dog, Reed, needed surgery, but was a tad too plump for a successful recovery to ensue.  The surgery was scheduled in four weeks, so we needed to work fast to shed his extra pounds.  More exercise was not the answer since she had a herniated disc.  The surgeon at CSU had the answer,  pumpkin.  We reduced the amount of food Reed normally ate, and replaced that amount with canned pumpkin.  Pumpkin is low in calories and high in fiber (and other vitamins and antioxidants) so it gives your dog a sense of fullness while keeping the waistline slim and trim.

Fast forward 16 years, and we are still sharing Dr Smith’s advice to Struttin Pup customers.  As we approach pumpkin season, we wanted to share some other benefits that pumpkin can offer your dog in addition to the tried and true weight loss trick!

This Friday, September 23rd, 4-6pm, we are celebrating the launch of Struttin Pup’s FREE online recipe book.  Stop by for a tutorial on how to stuff your dog’s toys with healthy and natural foods to give them a long lasting treat.  There will be discounts for  stuffable toys, giveaways and a free stuffings bar where you can stuff your own toy and take it home.

And in honor of pumpkin season, we’ll have the ingredients for a BONUS pumpkin recipe. 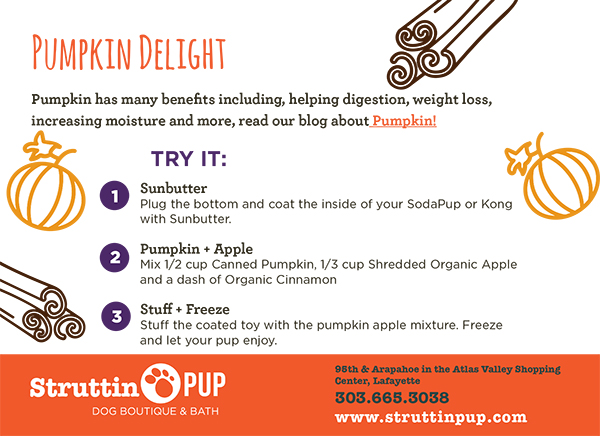 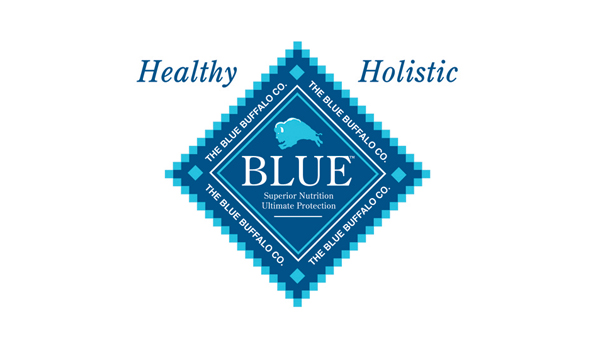 Our Decision to drop Blue Buffalo

For months we waited for an outcome in several class action lawsuits against Blue Buffalo for false advertising. Blue Buffalo claims their food does not contain any by-products, wheat, corn or soy. The lawsuits claim that, according to numerous investigations, Blue Buffalo does, in fact, contain these ingredients.

Though Blue Buffalo has refused to admit any wrongdoing, they have agreed to pay $32 million in order to settle these allegations of false advertising. Blue Buffalo acknowledged that a Texas supplier had given them a mislabeled ingredient. The “chicken meal” from the supplier was, in fact, poultry by-product meal – a less expensive ingredient that Struttin Pup refuses to carry in any of its products because it can include ground-up and dried intestines, necks and feet.

This was a tough decision for us to discontinue carrying Blue Buffalo.  Bad things can happen to good people. Blue Buffalo may have truly been duped by an unscrupulous supplier.  But in the end, we chose to discontinue our relationship with Blue Buffalo because it points to larger problems that Blue Buffalo has – a lack of oversight of its ingredients as well as a lack of testing measures that could have prevented such a problem from happening in the first place.

Consumers who bought Blue Buffalo pet food from May 7, 2008 through December 18, 2015 are eligible to submit claims by April 14, 2016.  The settlement will pay $5 for each $50 spent.  Those with proof of purchase can receive a total of up to $200.  Those without proof of purchases are capped at $10.   If you have bought Blue Buffalo from us and are in need of proof of purchase, please contact us.  We can help!  Please call us at 303-665-3038 or email us at struttinpup@gmail.com and we will look up your past purchases and print you a receipt that you can, in turn, submit at www.petfoodsettlement.com. 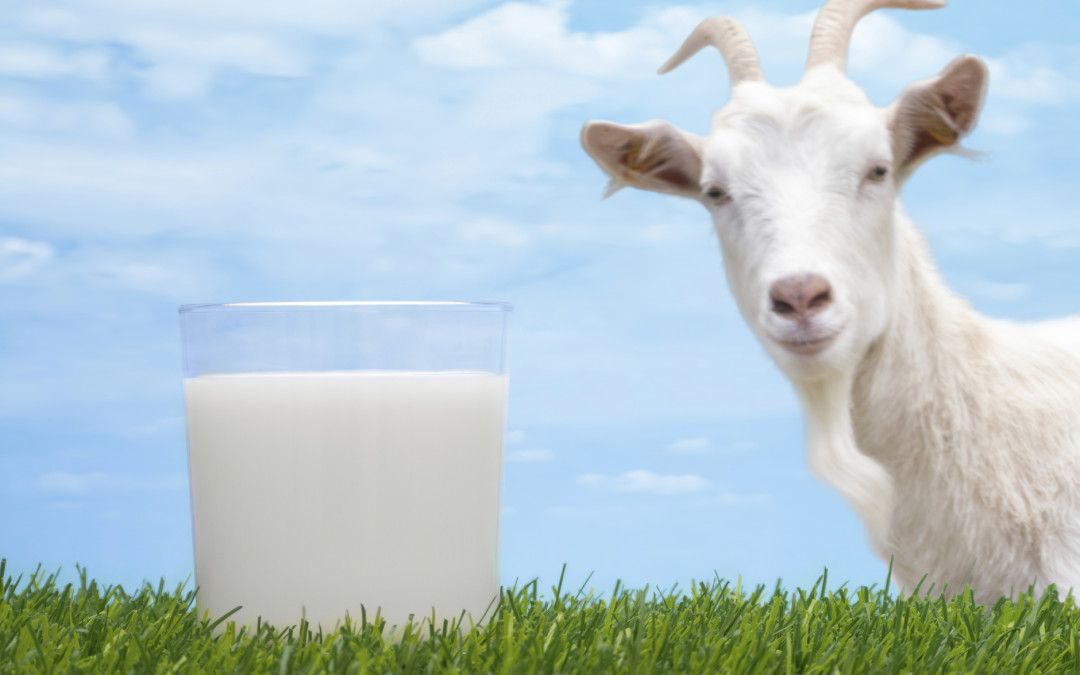